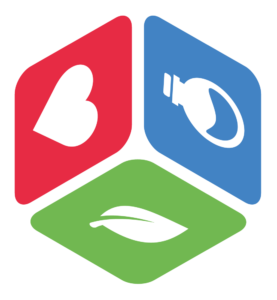 Anime characters have deep and rich storylines where the imagination takes physical form. The supernatural powers characters have within their story worlds along with the sense of the narrative of their journeys make Anime a rich and important area to draw psychological material. By harnessing these characteristics, concepts and features, the therapist can help to bring to light pros and cons of individual behavior.

Regarding the sense of belongingness and connection that manga and anime provide, there is no better representation than within the powerful world of fanship and fandom. Fanship refers to a great connection to an interest, both emotionally and as it relates to one’s own personal identity (e.g, “being an anime/ manga fan is a part of me”). In addition to watching a varying plethora of animes and/or reading multitudinous volumes of manga, anime and manga fans high in fanship may write their own stories or fan fiction, fan dub (i.e., narrate over existing anime), draw anime themselves or cosplay their favorite characters.

Fandom, on the other hand, refers to connecting to and identifying with a fan group with the same fanship (e.g., see myself as a member of the anime community). Examples might include attending anime conventions or anime clubs.

When discussing the therapeutic benefits of manga and anime, both fanship and fandom will be referenced, as they are equally essential as the narratives and characters themselves.

Pain, resilience, meaningful connections and victory. These are the essential components of anime and manga narratives and contribute greatly to the breadth and depth of the influence on its fans and our world culture. They provide the stories that people want to hear — the one that validate who they are now and help them discover who they want to be. They are the stories that humans deeply relate to.

Humans vicariously learn from creative narratives and story characters. They help us better understand ourselves, the nature of the world and our place in it, and provide powerful imagery (real and imagined) that can elicit significant emotional inspiration. Together, anime and manga represent a world-wide phenomenon, and even compared to other forms of visual story-telling, have a remarkable influence on our collective culture and psychosocial development. That being said, it’s clear that clinicians must deeply consider the stories being told, how they affect clients, and how therapists might utilize the psychological power of Japan’s visual culture in a therapeutic context. Fandom, on the other hand, refers to connecting to and identifying with a fan group with the same fanship (e.g., “I see myself as a member of the anime community”). Examples might include attending anime conventions or anime clubs.

In fact, in one study, a primary predictor of individuals pursuing anime (and fandom) was self-reports of gaining a sense of belongingness (for women) and uncertainty reduction (for men) by watching anime. Simply put, these mediums make viewers feel like they are a part of something bigger than themselves – a large community of misfits, connected by a visual culture made by misfits — that offers the reassuring warmth of acceptance.

Eastern culture can be an emotionally repressed one due in large to a high-context communication style and a collectivist culture. Individual needs can fall to the wayside and expressive outlets can be scarce. Manga and anime provide the perfect medium to address this. To this point, manga expert Frederick Schodt discusses the power of anime and manga in expressing people’s feelings:

“(Manga) are mediascapes of dreamscapes where stressed out modern urbanites daily work out their neurosis and frustrations. Viewed in their totality, the phenomenal number of stories produced is like the constant chatter of the collective unconscious – an articulation of a dream world”.

The overt expression of emotions in anime is deeply embedded within the animation style. For instance, Hiroyuki Seshita, supervising director of the anime Levius, talks about the importance of matching the colors of a fight scene with the emotions of the fighters. Initiatives such as these allow for the visual language to match, and be a magnified projection of, the viewers mood and energy level as it relates to the characters, the narrative and the extreme emotions they feel in life.

In addition to allowing individuals to understand and express their own individual emotions, manga and anime have also been used to express communal feelings of oppression and provide a means of rebellion against those oppressive forces. As examples, “Chibi” anime (i.e., cute, childish animation style) was a large part of Kawaii culture in Japan in the 1960s (i.e., “cuteness” culture) that rejected the traditional demands of adulthood, while female viewers have historically watched anime to escape the sense of oppression, gender discrimination and the romantic status quo.

Within anime and manga, friendship is seen as the “strong supporting foundation from where the hero launches into other pursuits, whether it is revenge against wrongdoers or rampaging aliens, or fight against inner demons and weaknesses”. It is an essential component of anime. It stands as a reminder that we need to share our beliefs and passions with others, and that resilience can be found through teamwork.

There are two Japanese terms that refer to general categories of “friends”. The first is “Tomodachi”, which is basically a reliable friend found within a good friend group (e.g., Edward Elrich and Louis Armstrong, Fullmetal Alchemist), and the second is “Nakama”, which refers to a deeply loyal, sensitive and potentially contentious friendship bound by mutual goals, beliefs and values (e.g., Kai Ichinose and Shihei Amamiya, Forest of Piano).

It submits that everyone has a group they belong to, and that all individuals are capable and deserving of intimate, meaningful connections. Furthermore, the stories inspire a pursuit for a system of peer support while providing a vicarious escape from feelings of loneliness, especially for those who are often withdrawn.

When it comes to family, manga and anime strongly promote values of respect, love, forgiveness and acceptance. This is often done through an initial “sacrifice”. Often, the protagonist of the story has experienced a great loss, such as the death of a parent or devastating isolation from a community. This device was largely influenced by the massive influx of orphaned children from the bombing of Hiroshima and Nagasaki, exemplified by mangas such as Fruit Basket and animes like Clannad X Wolf Children. The beginning of these stories include agonizing themes of alienation and a deep longing for family – a desire to have the opportunity to be loved and become a part of a collective good. Through a formulaic narrative, the protagonist often finds acceptance from others and a family (of sorts) thanks to goal-oriented actions, resilience and self-discovery. Regarding the latter, it’s important to consider the well-established theory that positive self-identity is dependent upon interactions with friends and family, and vice versa, referred to as social identity theory.

Social identity theory maintains that individuals belong to groups to maintain positive and distinct social identities as part of a broader need for positive self-evaluation.

The word “distinct social identity” should be noted, as it is believed that standing out meaningfully from others is a separate psychological need, as proposed within Brewer’s optimal distinctiveness theory. Consequently, men and women who watch anime and participate in fanship and/or fandom do so because they report gaining a sense of personal distinctiveness, purpose and positive self-esteem from these novels and shows.

In general, having a positive social identity has been shown to foster a sense of efficacy, meaning, continuity (i.e., connection between the past, present and future), belongingness, interpersonal distinctiveness, uncertainty reduction, friendship, social support and formation of a worldview. It would seem crucial, then, to capitalize on this widely available medium that has been shown to contribute towards this – one that promotes a wealth of positive values (e.g., honesty, loyalty, persistence) and principles (e.g., fairness, self-worth, honor) for individuals to adopt, and does so in an engaging, meaningful way.

Geek Therapeutics has multiple continuing education units on Anime and its historical foundations as well as using anime in sessions for therapists who are wanting to know more about this world wide phenomenon and how to leverage the understanding of anime with clients in order to build trust and better treatment plans. If you are wondering how to utilize knowledge like this and other geekdoms please follow the link and take our free accredited CEU on the effectiveness of geek therapy in session.